Expanding Military Service in Bulgaria – Is it Worth it? 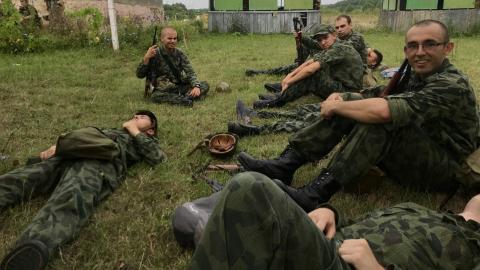 In January this year, Defence Minister Krasimir Karakachanov announced the army was short 5,500 people. According to the 2018 Defence report, the professional armed forces are 20 per cent understaffed, while the voluntary reserve is staggeringly 83 per cent understaffed.

While a one-month long basic training program to prepare volunteer reservists has been in action for the past four years, only 337 people have completed it and therefore joined the reserve force.

It is with this in mind that the Defence Ministry has announced the current drafting program "ineffective" and has launched a bid to change the Voluntary Reserve Bill to, apparently, motivate more young people to join the army reserve.

The two core measures at the heart of the legal changes include expanding the training program from one to six months and obliging employers to let prospective reservists take six months of unpaid leave while compensating them financially.

Associations of employer have protested the move. In early August, the Bulgarian Chamber of Commerce issued a statement against the changes, claiming that at a time of labour shortages the army is unfairly pulling people out of the workforce, effectively punishing businesses.

But business interests aside, the army and defence ministry face other questions regarding the future of reservist training. The first is how to motivate young professionals to leave their jobs at a time of economic boom and rising private sector salaries in order to join the military. Secondly, and most importantly, is the training even worth it?

The volunteers prepare for shooting practice, where they will all fire 17 rounds - including five blanks - with a 1960s automatic rifle. Photo: Martin Dimitrov.