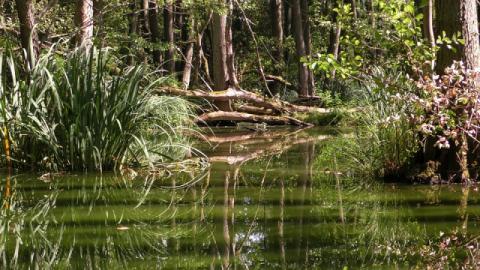 Brazil is ready to accept international financial assistance to extinguish the Amazon fires, but only if the country controls the funds. This was announced by the spokesman for the Brazilian president. So far there is no reaction from the G7 countries. On Monday, at a meeting in Biarritz, they offered $ 22 million to fight the Amazon fires. At the time, however, the Brazilian president refused support.

The change of opinion of the Brazilian president came after a meeting with the authorities of the hardest hit states in the Amazon. They were able to convince him that international financial support was needed to extinguish the fires.

President of Brazil: We have nothing against the G7 except one G7 president. We know his intentions. No one doubts this anymore.

Brazil's condition, however, is to determine how the money is spent and to control its use. Reuters reports that the Brazilian government has already accepted $ 12 million and $ 200,000 from the UK.

Hollywood star Leonardo DiCaprio has offered Brazil $ 5 million. Apple's boss has also promised financial aid, but the amount he will donate is not yet known.

To contain the fires, Brazil has already mobilized 44,000 troops. Their operation will continue for a month. A military exercise near Rio de Janeiro demonstrated the ability of Brazilian military and their counterparts in other countries to respond to natural disasters.

Forest fires continue in neighboring Bolivia. Criticized by eco-activists, the Bolivian president became involved in the suppression of several outbreaks.

President of Bolivia: We do not think that the direction of the wind will change and return fires here. But we are still working.

Evo Morales promises to return to Bolivia within a year