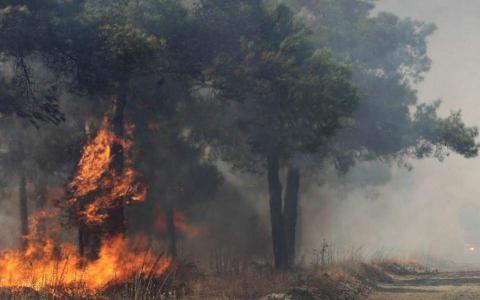 The General Secretariat for Civil Protection has warned that the risk of wildfires would remain very high on Wednesday in six of the country's regions: Attica, the northern Aegean, the Peloponnese, mainland Greece, western Greece and eastern Macedonia and Thrace.

The agency said it has briefed regional and local authorities to be on standby for fires in those areas.

On Tuesday, firefighters were taxed by a large blaze that broke out in the afternoon in southeastern Corfu.

The Ionian island fire, which was fanned by strong winds, led to the evacuation of two villages.