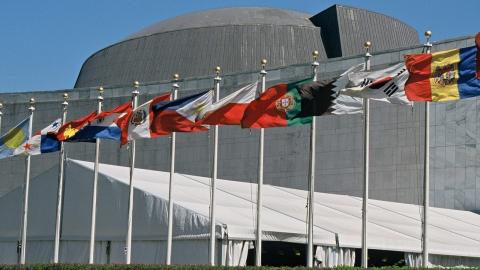 The UN Committee Against Torture has ruled that the Bosnian authorities must pay compensation to a victim of sexual violence during the 1992-95 war and provide her with appropriate and free medical and psychological help as soon as possible.

In its decision, the committee also said that an official apology should be publicly made to the woman, who was raped in 1993 by a Bosnian Serb Army soldier.

The committee further stated that Bosnia and Herzegovina must set up an efficient system of reparations at the state level in order to "provide all forms of redress to victims of war crimes, including sexual violence".

The decision was made on August 2 but was made public this week by the TRIAL International NGO, which filed the petition against Bosnia and Herzegovina to the UN Committee Against Torture on behalf of the victim.

Adrijana Hanusic Becirovic, senior legal adviser at TRIAL International Bosnia and Herzegovina, said the decision was the first made by the UN committee in response to a petition filed by a wartime sexual violence victim.

"We consider this decision a revolutionary one not only at the level of our state, but also globally," said Hanusic Becirovic.

The woman's attacker was convicted of the crime in 2015 and ordered to pay her 30,000 Bosnian marks (around 15,340 euros) in compensation, but did not do so, insisting that he did not have the money.

"As there is no fund in Bosnia and Herzegovina which would automatically ensure the payment of awarded amounts in such situations, the only...