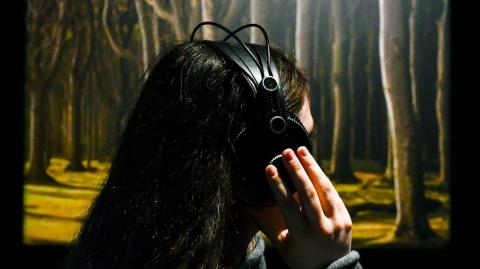 Is Humour the Best Antidote to Tyranny?

British-American author Andrew Keen has been travelling the globe to investigate what he calls "the contemporary crisis of democracy" for his Keen On Democracy podcast series.

In this episode, he talks to Michael Zantovksy, a Czech diplomat, writer and human rights activist, on how to fight authoritarianism with humour.

"The sound of democracy is an ability to laugh, is a freedom to laugh," Zantovsky says. "This may be one of the paradoxes in a well-working democracy. There may not be so much to laugh about as in a bad, totalitarian, upset, insane system."

What Does Dignity Have to Do with Democracy?

Fukuyama's latest book, Identity Politics and the Struggle for Recognition, delves into the threat posed to liberal democracy by a narrow identification with religion, race, ethnicity and gender.

Ultimately, the way to save democracy from populism is to inculcate a greater sense of dignity into society, he argues. Fukuyama makes a similar case in a recent Tipping Point Talk by Erste Foundation in Vienna.

Protesters wave Serbian flags during a protest in Belgrade, Serbia in April 2019. Thousands demonstrated against Serbian President Aleksandar Vucic over what they say has been a smothering of democratic freedoms under his government. Photo: EPA-EFE/ANDREJ CUKIC

The Changing Face of Protest

As Eastern Europe begins to mark the 30th anniversary of the collapse of the Iron Curtain, BBC World Service's The Real Story examines how recent protests worldwide compare with...