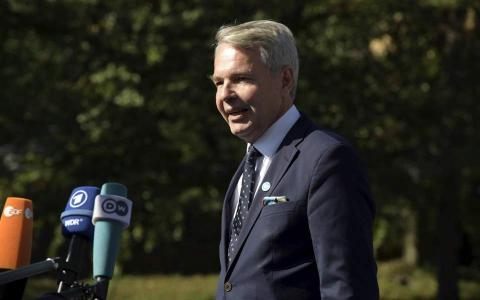 Finland's foreign minister said on Friday his EU colleagues were increasingly hopeful they could eventually move towards membership talks with North Macedonia and Albania, though he gave no timeline.
Pekka Haavisto spoke after meeting his EU counterparts in Helsinki to discuss, among other issues, the membership ambitions of the two West Balkan countries which have been held up by delays and opposition from some states.
"In my opinion, there were more positive expectations in the air that at some point we could proceed to talks with North Macedonia and Albania," Haavisto told reporters, without saying who had expressed greater optimism.
The former Yugoslav republic changed its name to North Macedonia this year, ending a more than two decade dispute with Greece and removing an obstacle to its membership of the EU and NATO.
But some EU states have said Albania...