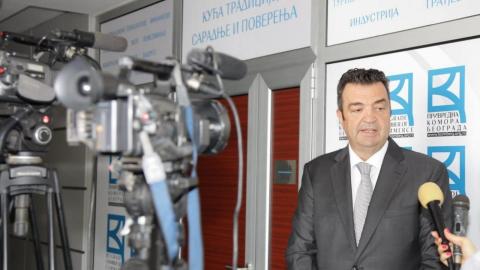 The president of the Atlas group, Dusko Knezevic, who is wanted for arrest in Montenegro, is taking the state to an international arbitration court, demanding 500 million euros in compensation, his company said on Friday.

"The Atlas Group and its chairman, Dusko Knezevic, after consulting with international partners, important bank clients and a team of leading lawyers from the UK and the region, have initiated arbitration proceedings against the state of Montenegro in the sum of 500 million euros," the Atlas Group said in a statement.

It said that it wants the government to pay damages because of the losses it has incurred and the alleged damage to its reputation and that of Knezevic.

It did not specify which court Knezevic intends to address with his claims.

In mid-January, a video clip from 2016 surfaced in which Knezevic appeared to hand the then-mayor of Podgorica, Slavoljub Stijepovic, an envelope containing what Knezevic later said was $100,000 to fund an election campaign for the ruling Democratic Party of Socialists, DPS.

Knezevic, who is currently believed to be in London, told media he had been providing such secret cash to the DPS for the past 25 years.

Meanwhile, Knezevic was charged with abuse of office and the prosecution has issued an arrest warrant for him.

These allegations were made after Knezevic, a former close ally of Montenegro's President Milo Djukanovic, accused Djukanovic and his ruling DPS of involvement in corrupt financial deals. Both Djukanovic and the DPS...