Expert rebuffs WHO, says Greek measles epidemic has been contained 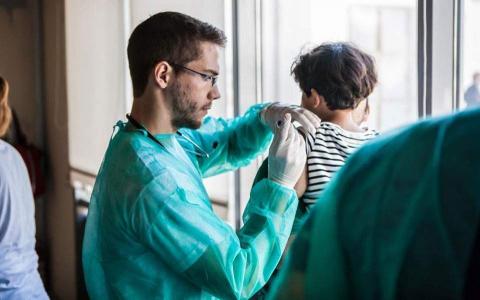 The Greek Health Ministry's Immunization Committee is planning to send the World Health Organization (WHO) a letter asking that it clarify its decision last week to list Greece among four European nations - including the Czech Republic, Albania and the United Kingdom - where measles is no longer considered eradicated.

The WHO's decision was based on data from 2018, "leading to the misapprehension that we have an active epidemic," committee president and Athens University pediatrics professor Maria Theodoridou told the Athens-Macedonian News Agency on Saturday.

There have been only 28 recorded cases of measles in Greece since the start of the year and all concerned individuals who contracted the highly contagious and potentially fatal disease abroad, Theodoridou said. "The cases were imported and do not concern measles contracted in Greece," she stressed.