Exports grow in H1, with China on the rise 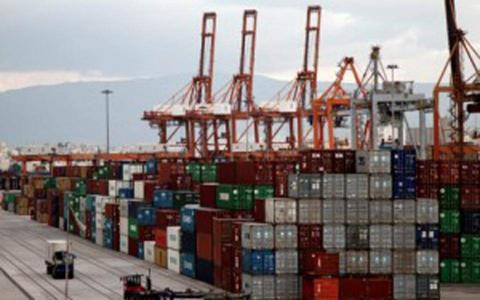 Italy, Germany and Cyprus remained Greece's most important export markets in the first half of the year, in that order, preliminary data from the Hellenic Statistical Authority (ELSTAT) indicate, also pointing to a 42.7 percent increase in exports to China, raising that country's position from 16th place last year to 12th.

According to an analysis by the Panhellenic Exporters Association (PSE), the value of exports to Italy in H1 came to 1.87 billion euros, while Germany accounted for 1.09 billion euros' worth of exports and Cyprus 1.01 billion. Exports to China came to 481.2 billion euros.