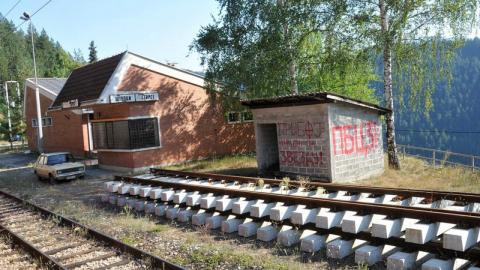 Railway personnel and passengers from the train that was stopped in the small Bosnian town of Strpci on February 27, 1993, when paramilitaries seized 20 passengers who were later killed, told Belgrade Higher Court on Monday recollect how no one tried to stop the abductions of 20 non-Serbs from the train.

Zoran Udovicic, who was working as a police escort for the train, saw a group of soldiers get into to the back of the train and went there and asked them what they wanted. One of them said: "We are looking for our rogues."

"They were opening cabins, checking identities… They told to some people to get out. These passengers did not object," Udovicic said.

The armed men went all the way down the train, checking the passengers' ethnicities, but "no one used physical force", he added.

He also said that he had received an order that if the train was stopped, he should allow Bosnian Serb Army troops to check it because they were looking for their own soldiers, something that had happened a couple of times before.

Gojko Lukic, Ljubisa and Dusko Vasiljevic, Jovan Lipovac and Dragana Djekic are on trial for war crimes against civilians over the abductions and subsequent killings of the 20 passengers who were seized.

Former members of the Avengers paramilitary unit, which was part of the Bosnian Serb Army, they are accused of participating in stopping the train and taking away the non-Serb passengers.

According to the indictment, they first took the captives away in a truck to an elementary school building in Prelovo in Bosnia, where they beat them up.

Then they ordered the captives to take off their clothes and forced them, wearing only their underwear and with their hands tied behind their backs, to get into the truck again,...