Federer: Grigor is a Friend of Mine, I Love Playing Against Him 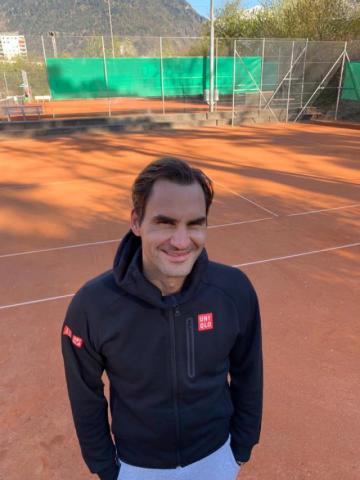 The duel between the two is the second of the US Open 2019 night session.

Roger Federer has shared his expectations for the upcoming quarterfinal against Grigor Dimitrov at the US Open, Gong.bg reports. In practice, the duel between the two is the second of the night session of the US Open 2019, with the meeting beginning after 3:00 Bulgarian time.

"He was the first one I trained with when I got off the plane. I know Grigor very well. He's a good friend of mine. I spent a week with him here. I'm glad things are going well for him'', Federer said before the game with Grigor tonight.

"Years ago, he won the Masters in Cincinnati, also the final Masters in London, but then there was a sharp decline. For him, this quarterfinal is a great success and a great opportunity. Yes, so far I always win matches against him, but this is a new match, a new Grigor and a new me. I like his game, I like to play against him. "It's good for both of us to be on the court," said Roger Federer, quoted by Tennis World USA.

So far, the two have played seven times and seven finished with victories for Federer.