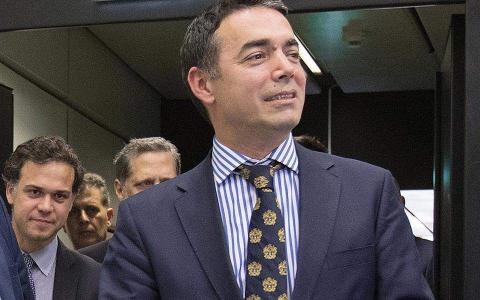 North Macedonia expects to get a date for the start of EU accession talks in October and is worried the Balkans region would be discouraged about reform if discussions do not begin, its foreign minister said on Tuesday.
In remarks to Reuters, Foreign Minister Nikola Dimitrov added that a start to accession talks would help persuade young people not to emigrate and seek a "European style of life" elsewhere.
The former Yugoslav republic changed its name from Macedonia to North Macedonia this year, ending a more than two-decade dispute with Greece over its name and removing an obstacle to its membership of the EU and NATO.
The European Commission formally recommended in May that North Macedonia should start negotiations to join the EU. The country had hoped to get the date to start accession talks in June, but the Commission postponed the decision for October.
"The...