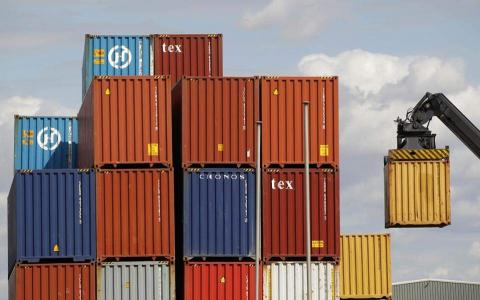 Greece's economy remained on the path of recovery in April-to-June, with its pace of expansion picking up from the first quarter thanks to a boost from net exports and government spending.
Gross domestic product expanded by 0.8 percent in the second quarter compared with a 0.2 percent growth rate in the first three months of the year, according to seasonally adjusted data released on Wednesday by the statistics service ELSTAT.
On an annual basis, economic growth accelerated to 1.9 percent from a downwardly revised 1.1 percent clip in the previous quarter.
"Second quarter GDP growth was broadly in line with market consensus and in line with projections for a growth rate of 2.0 percent or slightly higher for the year as a whole," said National bank economist Nikos Magginas.
Data showed that exports of goods and services, up 3.3 percent compared to the first...