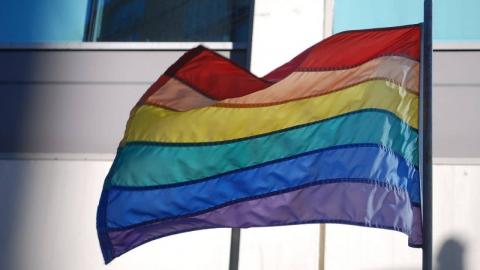 Sarajevo is getting ready to host its first Pride parade on Sunday, aimed at supporting protection of the rights of the LGBTIQ community, which some 500 people are expected to join. However, the march will be matched by counter-marches held both the day before and on the same day as the Pride event.

Despite the prospect of public opposition, the police and the Pride organisers say they are convinced that Bosnia's first Pride March will pass off safely.

"The Pride parade is open for all people in the country and beyond," Lejla Huremovic, part of a group of activists behind the Pride march, told the media, adding that supporters would come from Montenegro, Serbia, Croatia, North Macedonia and Albania.

Media reports said more than 1,000 police officers from Sarajevo Canton and three other cantons - units in the Federation of Bosnia and Herzegovina entity - would secure the event.

While many Bosnian politicians remain reserved about commenting on the march, Zeljko Komsic, the Croat member of the Bosnian state presidency, hailed it as a major political event whereby Bosnia would show its true colours.

"We in Sarajevo are always in a situation where we have to prove and show our tolerance and transparency, that we're not las we are presented in the neighbourhood and on some media, that we are not some terrorists and so on," Komisc told regional TV station N1 on Tuesday.

The US embassy in Bosnia fully supported the first Bosnian Pride march, US ambassador Eric Nelson said in a video message published on Wednesday.

"The US Embassy expresses support to the first Pride March in Bosnia. The goal of the Pride parade is equal human rights for all. I and my partner appreciate the welcome and respect we received here. I will take part in...

Slovakia at Crossroads in Election Marred by Fake News