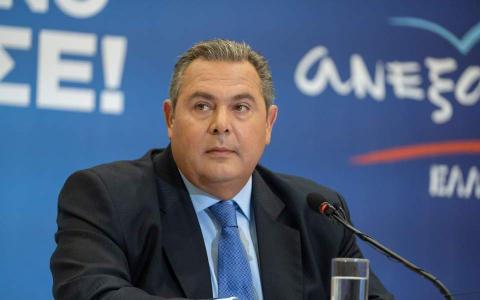 Greece's former defense minister Panos Kammenos was set to testify before a corruption prosecutor Friday in connection with allegations against Nikos Kotzias that a contract for issuing visas was fixed under the watch of the ex foreign minister.
"A lot of stuff will come to the surface," Kammenos, who also served as coalition partner in the SYRIZA-led administration, told journalists ahead of his testimony.
According to sources, Kammenos was to submit evidence showing that a private firm was improperly awarded a contract for issuing visas.
Kammenos, who quit the SYRIZA-led administration following differences with Alexis Tsipras over the Prespes accord, had always had a tense relationship with Kotzias, who left the government first following a clash with Kammenos over the contentious name deal.
Kammenos has previously claimed that Foreign Ministry officials who...