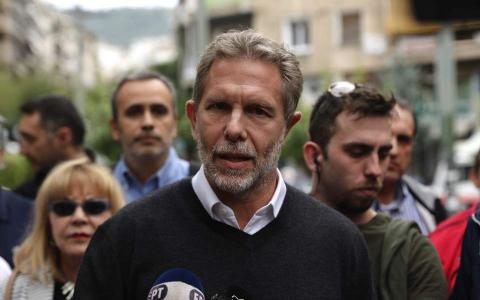 Signaling a new wave of upheaval in the ranks of the center-left Movement for Change (KINAL), former socialist culture minister Pavlos Geroulanos on Friday underscored the need for the party to "return to the legacy" of PASOK, from which it was formed, and expressed his interest in assuming its leadership.

"If certain things are not being done right, then a change of leadership could solve them," he told Parapolitika 90.1 FM. "It is imperative that KINAL returns to its roots and leads with PASOK's legacy," Geroulanos said. However, the former minister also referred to a possible "synthesis" between KINAL and leftist SYRIZA, now the main opposition party.

He added that a speech by KINAL leader Fofi Gennimata last week on the 45th anniversary of the foundation of PASOK was "disappointing" and failed to offer a "vision" for the party.

KINAL hit back at Geroulanos,...