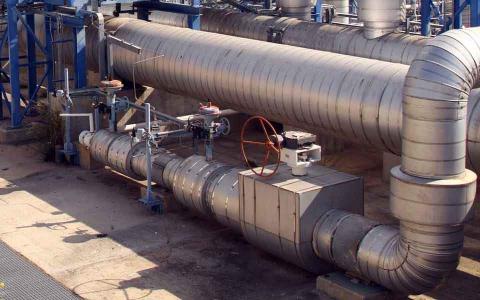 Russian gas exports to Turkey, Greece and seven other Southeast European nations fell by more than a quarter in the first half of 2019 as cheaper liquefied natural gas (LNG) and new Azeri supplies helped the region reduce reliance on Russia.
Russian exports to Turkey, the biggest regional market, fell 36 percent compared to the first half of 2018, while exports to Greece and Bulgaria dropped 12.7 percent and 17.4 percent respectively, data published by Russia's Gazprom showed.
Low LNG prices, driven down by sluggish spot demand in Asia and rising output particularly in the United States, as well as the expansion of gas output and pipeline capacity from Azerbaijan, helped some regional nations diversify suppliers.
Gazprom's exports to the nine regional states fell 27 percent to 14.2 billion cubic meters from 19.5 bcm a year earlier, the figures published by the...