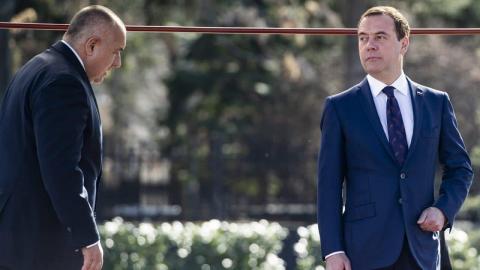 Prosecutor-general Sotir Tsatsarov told media on Tuesday that Nikolay Malinov has been charged with espionage and that a former senior Russian intelligence officer, Leonid Reshetnikov, has been barred from entering Bulgaria.

"The foreign organisations [Malinov] was serving were in the Russian Federation. Among them are the Russian Institute for Strategic Studies, RISI of the retired General Leonid Reshetnikov and the Double-Headed Eagle Society," Tsatsarov told reporters at a press conference at which no questions were allowed.

The prosecution also announced that it is investigating Malinov's links with Russian media mogul Konstantin Malofeev and the exiled ex-head of the now defunct Bulgarian Corporate Commercial Bank, Tsvetan Vassilev.

Malofeev is banned from entering the EU and the US for his role in the destabilisation of Ukraine.

Malinov has made no public response to the charges.

Reshetnikov, who is a retired lieutenant-general from the Russian Foreign Intelligence Services, has been barred from entering the country for 10 years, the prosecutor-general said.

Reshetnikov and the Russian Institute for Strategic Studies are best known for alleged development in a strategy to sway the 2016 US presidential elections in favour of Donald Trump, a report by Reuters news agency, citing a number of unnamed US officials, claimed in April 2017.

The retired RISI director reacted in a Facebook post, defending Malinov as a "Bulgarian patriot" and calling the indictment "Americans launching a campaign "against Russian spies in Bulgaria."