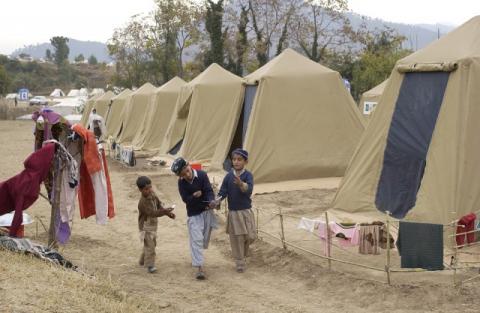 The Greek government plans to create two new continental camps to house migrants and refugees transferred from the island's overcrowded facilities, saying the new units will be temporary, serving only as "transit" centers.

The first of the two camps will be located at a disused military base in Karavomilos in the Phthiotis region, and the second will be a complement to an already existing redeployment facility in Corinth.

The Ministry of Citizens Protection hopes that by the end of the month, facilities will be set up to house just over 900 migrants and refugees from the eastern Aegean. The camps are reported to consist of large tents that can accommodate up to 50 people at a time, mostly families who have been on the island's facilities for a year or more.

Responding to local concerns about whether the existing infrastructure would be adequate to meet their needs, the ministry said these would be "transit" camps for families intended to move to better facilities.

Ministry officials said people transported to these camps are not expected to stay there for more than a month.