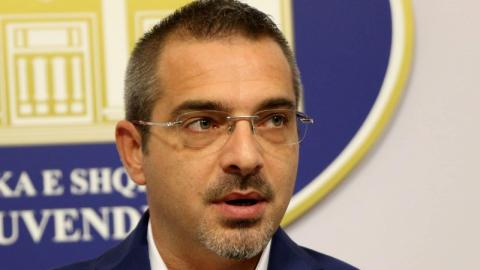 The trial in Albania of the former Interior Minister Saimir Tahiri is approaching the finish line with prosecutors demanding a 12-year sentence for him and Jaeld Çela, a former police officer who is currently on the run.

Prosecutors gave their final address to the court on Tuesday in a hearing that lasted about seven hours. The final address of the defence is expected on September 12.

Tahiri is on trial for three charges, including corruption of high officials, abuse of power and international drug trafficking, in relation to the case of the Habilaj brothers.

According to prosecutors, Tahiri used his position as minister to facilitate and protect a band of drug traffickers who were his relatives.

Italian authorities investigated brothers Moisi and Florian Habilaj and their accomplices for almost four years between 2013 and 2018 and charged them with leading a major marijuana-smuggling operation from Albania to Italy, responsible for thousands of kilos of smuggled drugs in a multi-million-euro trade. Italian courts sentenced Moisi Habilaj to 15 years in prison in June. His brother, Florian, is still on the run.

Arenc Cela, one of the prosecutors, told the Court of Serious Crimes in Tirana on Tuesday that Tahiri "facilitated the operations of this criminal group in the [drug] trafficking".

Tahiri, who had pleaded not guilty, dismissed the prosecution claims as "lies".

Italian police closed in on the organization on October 2017, arresting a dozen people, including Moisi Habilaj. The case caused shockwaves in Albania after the opposition Democratic Party published a 400-page transcript of the Italian court of Catania in Sicily detailing the case, in which the alleged...