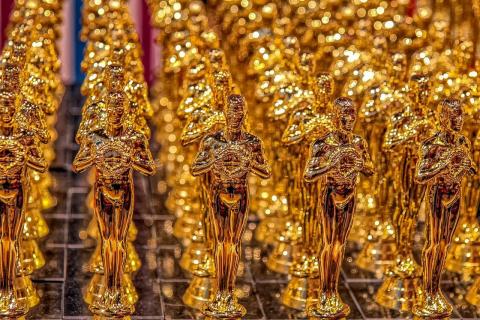 With October 1 approaching as the deadline for film institutions in countries around the world to submit their entries for 92th Academy Awards, five Balkan states have already decided on the movies they hope will reap success at next year's Oscars in Hollywood.

Bosnia and Herzegovina: 'The Son'

Bosnia and Herzegovina's candidate for the Academy Awards Foreign Language Film category is Ines Tanovic's 'The Son', the Bosnian Association of Filmmakers Committee announced on Monday. Tanovic's film is a Bosnian-Croatian-Romanian-Slovenian-Montenegrin coproduction, and Tanovic's second feature film. 'The Son' is a contemporary story about the life and relations of a four-member Sarajevo family that has one biological and one adopted son. It was premiered this year at the Sarajevo Film Festival.

'Mali' ('The Kid') by Antonio Nuic is Croatia's bid for the 92nd Academy of Motion Picture Arts and Sciences award in the best international feature film category. The film is a contemporary drama about a drug dealer who is ready to do anything to keep custody of his son after having spent four years in prison. 'Mali' has already received several accolades, including the Grand Golden Arena for Best Festival Film at the 65th Pula Film Festival in 2018.

North Macedonia takes a shot at an Oscar with 'Honeyland' by Tamara Kotevska and Ljubomir Stefanov, a documentary about the last female bee-hunter in Europe, who must protect her livelihood and bees from an influx of nomadic beekeepers. Kotevska and Stefanov's feature debut won the grand jury, cinematography and special jury awards in the World Cinema: Documentary section at Sundance 2019.

Merkel Called on Europe to be Ready to Take More Responsibility