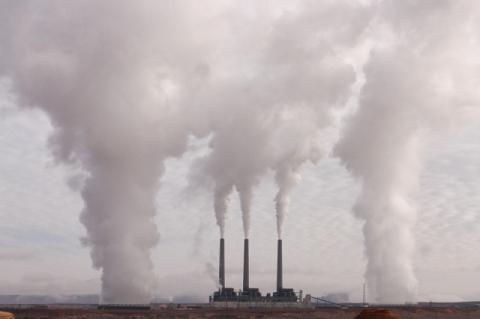 The aim is to reduce emissions of sulfur dioxide, nitrogen oxides, ammonia and fine particulates.

The Council of Ministers has adopted a National Air Pollution Control Program 2020-2030. The program was developed on the basis of an Agreement on Consultancy Services between the Ministry of Environment and Water and the International Bank for Reconstruction and Development in support of quality management atmospheric air.

The adoption and implementation of the program are aimed at achieving the country-specific reductions in emissions of sulfur dioxide, nitrogen oxides, non-methane volatile organic compounds, ammonia and fine particulates, the government press service said.

The program envisages measures in sectors that are more significant sources of air emissions, such as agriculture, road transport and domestic heating.

The funds for the implementation of the measures in the domestic heating provided for in the National Program will be in compliance with the financial resources provided for the implementation of the National Program for the Improvement of Ambient Air Quality (2018-2024) already adopted by the Council of Ministers on 7 June 2019. ).

Measures in the energy and industry sectors stem from obligations under European legislation. The main measures targeting the transport and domestic heating sectors are: reconnection to the gas distribution network; reconnection to central heating; creating new connections to central heating. Fuel quality requirements are also envisaged; creating new connections to the gas distribution network; introduction of low emission zones by the municipalities for the transport and modernization of the fleet by allowing the import of only vehicles with lower emissions of harmful substances...