Increase in Mental Disorders Due to Dirty Air and Temperature Instability! 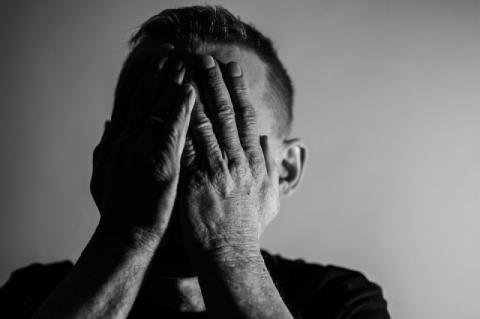 This is according to a study by scientists from the United States and Denmark.

Scientists from the United States and Denmark have proven that the risk of mental illness depends on the quality of the air, and Chinese scientists add that temperature fluctuations also have effect on our mental health.

Over the last two decades, there has been a sharp increase in the number of mental disorders, in particular autism. This is very disturbing and at the same time requires explanation.

Many genetic groups have been found, mutations in which significantly increase the risk of mental illness. However, the long-term observations of the twins do not allow to completely write off the origin and development of these conditions due to genetics. Scientists are inclined to conclude that a complex combination of hereditary, social and environmental factors plays a role here.
Scientists have long noted that in large cities the proportion of people with mental disorders is higher than in rural areas. This draws attention to air quality.

For example, in 2013, US researchers analyzed data on more than 7,000 children born with autism spectrum disorder and their mothers  lived in Los Angeles during pregnancy. Experts have mapped the data from the air surveillance and address of residence. Ozone and toxic particulate matter pollution below 2.5 micrometers has been shown to increase the risk of autism by 12-15%. The risk of contamination with oxides and nitrogen dioxide is increased by 9%.

By 2014, six results of controlled studies were published that revealed a link between autism and urban air quality. But what is its mechanism? A possible explanation is the work of scientists at the School of Medicine at the University of Rochester (USA)....