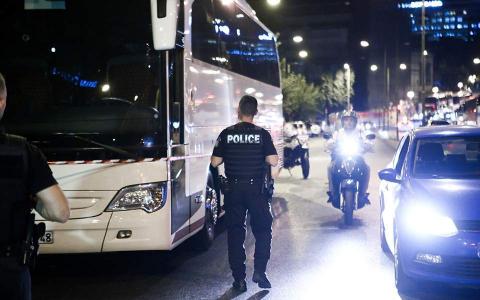 A 45-year-old man who fired a gun at a tourist coach on Monday night outside the Caravel Hotel in downtown Athens turned himself in to the police on Wednesday.

The man, who was reportedly employed as a driver by the same company as the coach driver, opened fire at his colleague following a dispute about which vehicle had priority.

The 45-year-old got out of his vehicle and fired a shot into the side of the other coach, according to police. Although tourists had been in the coach at the time, noone was injured.

According to sources, the two men had personal differences stretching back for two years.