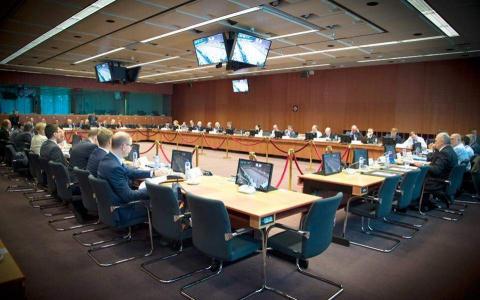 Greece's Finance Minister Christos Staikouras will discuss a request for an early repayment of part of the country's outstanding loans to the International Monetary Fund (IMF) during Friday's Eurogroup meeting in Helsinki.
Athens is keen to repay the IMF loan which is more expensive than the yields Greece currently pays in the markets on its bonds.
According to ministry sources, Greece will repay about 2.9 billion euros in loans. The country owes a total of about 9.3 billion euros to the IMF which have to be repayed by 2024.
The ministry will also send requests to the European Stability Mechanism (ESM) and the European Financial Stability Facility (EFSF).

Staikouras is also expected to brief his eurozone counterparts on the main elements of the new government's economic policy.
On the sidelines of the meeting, the minister will meet with ESM head Klaus...