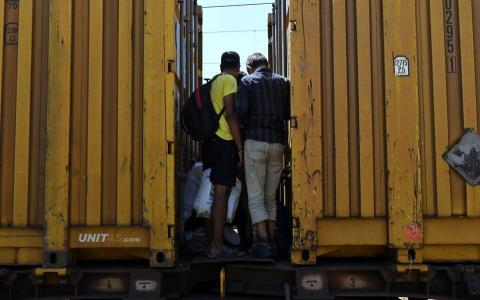 The unassuming freight train rumbles across the countryside in northern Greece, but a moving shadow cast on the ground reveals human figures hiding between its wagons.

Migrant stowaways crouch on the couplers. The monotonous clickety-clack of the wheels speeding over the iron tracks makes them drowsy, or it could be the heat and wind in their faces.

Most in this group are from Afghanistan. They are trying to cross the border into North Macedonia and eventually reach Germany or France.

They jump off just before the frontier and try their luck through the forest on foot to reach the other side. Some remain tucked away inside the wagons in the hope of passing undetected by border guards.

In 2015, at the height of Europe's migrant crisis, nearly a million refugees and migrants poured over Greece's northern boundaries, traveling through the Balkans to...