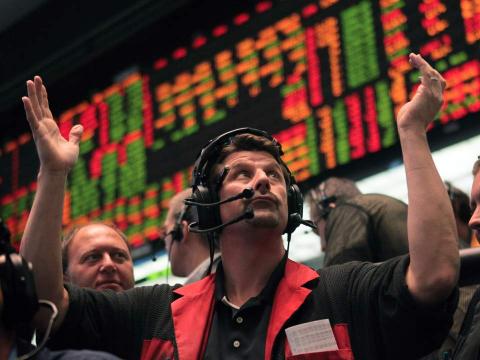 Greece's benchmark 10-year bond yield dropped to an all-time low of 1.51 percent on Thursday, but Societe Generale is calling on investors to hold their positions in Greek bonds, as the country's securities will add significant value to their portfolios.
The upcoming repayment of the country's most expensive loans from the International Monetary Fund signals that the Greek economy's prospects are improving, the French bank said in a report, adding that the potential for reforms strengthening productivity remain greater in Greece than in any other state in the eurozone.
It also argued that the biggest risk Greece's debt management agency is facing concerns the high cost of the sizable cash buffer, which exceeds 26 billion euros.
On inclusion in the European Central Bank's quantitative easing (QE) program, SocGen says that although the Greek bonds do not have an...