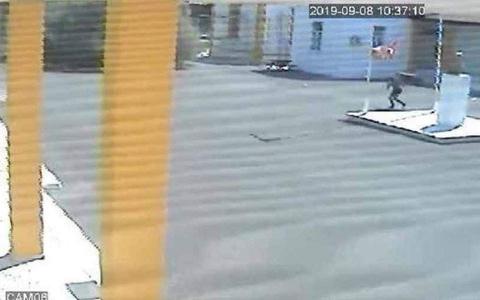 Authorities in the Turkish-occupied north of Cyprus have issued an arrest warrant for a 16-year-old Greek-Cypriot boy for allegedly taking down a Turkish flag from a schoolyard in the occupied town of Lysi.

The incident took place on September 8, during a "pilgrimage" by some 2,000 Greek Cypriots to the occupied town, known as Akdogan in Turkish, where they also held a church service for the first time after 45 years, Kathimerini's Cyprus edition reported.

Citing Turkish-Cypriot media, the report suggested that CCTV footage shows the 16-year-old boy taking down the Turkish flag after jumping over a fence into the schoolyard. Authorities there also accuse him of making off with a portrait of the late Turkish-Cypriot leader Rauf Denktash from a classroom.

The teen took both items with him to the government-controlled areas, which he reached using the Pergamos...