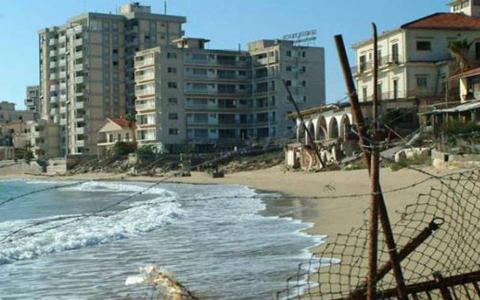 A Cypriot lawyer said Thursday he's going to the European Union's Court of Justice to get the bloc's executive arm to use money earmarked as assistance to Turkey to compensate a client who won a human rights case against the Turkish state.
Attorney Achilleas Demetriades says his client, Dr. Dinos Ramon, has yet to be paid the approximately 500,000 euros ($550,000) that the European Court of Human Rights ruled that Turkey should pay him in 2010.
The court ruled that Turkey deprived Ramon of enjoying his property in Cyprus' breakaway, Turkish Cypriot north, since the country's ethnic split in 1974 when Turkey invaded following a coup by supporters of union with Greece.
Ramon, a chiropractor by profession, had his home and 32-room clinic in Varosha, an uninhabited suburb of Famagusta, a coastal resort town in the north. Varosha's residents fled in the face of advancing...