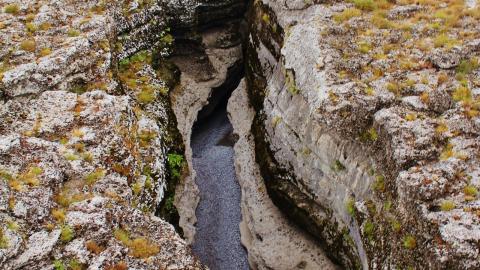 The Montenegrin government says it will ask Albania for more information on the planned construction of mini-hydro power plants on the Cijevna River at a meeting of the joint commission for water management on September 19.

The government on Thursday said Albania had not responded to its concerns about the potential impact of of mini-hydro power plants on the Cijevna, or Cem, in Albanian.

"Montenegro will initiate all available mechanisms defined in international conventions … that are binding on all states. This subject should be updated at the session of the Interstate Commission of Montenegro and Albania for Cooperation in Water Management," the government said.

Albania plans to build 14 small hydro-power plants on the Cijevna, which starts in Albania but mostly passes through Montenegro.  The Montenegrin Ministry of Sustainable Development and Tourism reacted last October after environmental activists warned that work had begun on the Cijevna riverbed in Albania, and provided footage of pipes placed in the river.

"It's still not clarified whether environmental impact assessment analyses have been carried out. We do not yet know the most basic information, like how many hydro-power plants will be built," Ksenija Medenica, from the Centre for the Protection and Research of Birds in Montenegro, told the media last week.

The Montenegrin sustainable development ministry says it requested complete documentation on the environmental impact of the plans from...