Trocsanyi Nomination Shows Something is Rotten in the Commission 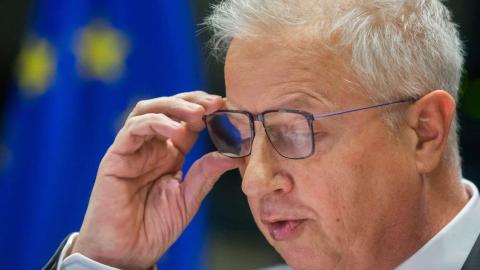 For that alone, he should be deprived of any chance to be a member of the new Commission. By limiting the power of the Hungary judiciary in designing a new court system, and by faithfully serving Hungary's illiberal political architecture, Trocsanyi's candidacy is another Orban provocation and an act of confrontation with the Brussels administration.

It is not a move to rehabilitate the enlargement policy and provide the necessary momentum for democratization in states where democracy has been in decline for over ten years.

A person with credibility who had both the knowledge and the authority for the challenging role of assisting candidate countries in building strong systems should have been proposed for this position.

The Commission's new President could have offered him another portfolio. But she did not. She has left that to the European Parliament to eventually take care of.

Von del Leyen's inability to send a clear message to Hungary that its bad practices have not been forgotten also shows disregard for the views of MEPs and civil society, and all those who care about democracy.

Such a proposal runs counter to the Commission's announced priority of strengthening the rule of law across Europe.

The appointment procedure may be thorny and painful for the Hungarian. Hearings in the European Parliament's committees are forthcoming, followed by a vote in plenary session. The Parliament does not specifically vote on candidates and can only block the entire Commission.

But rejection of a commissioner-designate did happen in 2014, when Slovenia's candidate, Alenka Bratusek, had to withdraw her nomination when the responsible committees refused to...