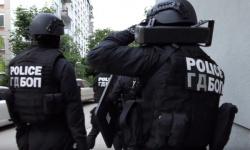 Charges have been brought against four persons after the organ trafficking group has been dismantled, head of the Special Prosecutor's Office, Dimitar Petrov, told a press briefing on the operation, a Focus News Agency reporter said.
The group was dismantled on 10 September as a result of the joint work of the General Directorate for Combating Organised Crime and the Special Prosecutor's Office, Petrov said.
"The group was involved in organ trafficking. The scheme was as follows: two people were organizing the contact between the donors and the clients. The rest of the group was involved in direct recruitment. The organizers prepared the necessary documents to be presented to the medical institutions, where the main requirement for transplantation was that the persons be relatives. That was not true," he explained, adding that the amounts of EUR 50,000 to EUR 100,000 were paid by the clients in installments.