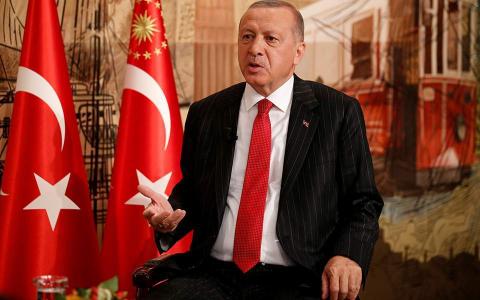 Turkey may send a third drill ship to operate in waters off the island of Cyprus in the Eastern Mediterranean, the country's President Recep Tayyip Erdogan said in an interview with Reuters published on Friday.

Turkey has already sent two drilling ships, Fatih and Yavuz, as well as an exploration vessel, in search of hydrocarbons in the region.
Asked if there is a potential for energy cooperation with other countries, Erdogan said all options are open.
"We have two drill ships. A third is likely to come. We have two exploration vessels. All these ships have begun work gradually and are continuing," he noted.

The Turkish president accused Greek Cypriots of violating international law by not sharing the region's natural resources with the Turkish-Cypriot community.

‘Fence will be built,’ minister says during Evros visit