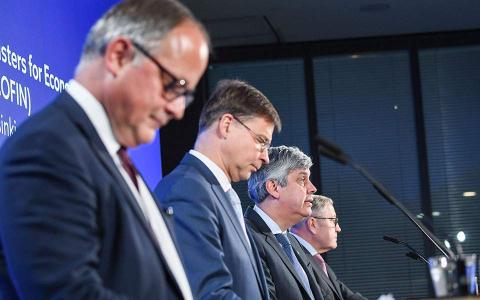 Speaking at a press conference during a meeting of eurozone finance ministers in Helsinki, Regling said that Greece has made a commitment to the current target of 3.5 percent of gross domestic product for 2019 and 2020 and could seek a reduction after that if lending rates drop and growth surpasses the targets outlined in the country's post-bailout program.
In any case, that is a discussion that could only take place at the end of next year when creditors have a clearer understanding of the prospects for Greece's economy, he said.
It was the first time that eurozone lenders have publicly suggested a lower primary surplus target may be possible. However, Regling...