Cavusoglu says Athens, Ankara must tone it down 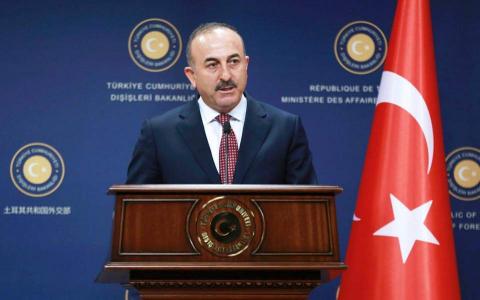 Turkish Foreign Minister Mevlut Cavusoglu says that both Athens and Ankara must begin a candid discussion to resolve their differences and refrain from actions that will escalate tensions.

In an interview to Kathimerini's Cyprus edition, Cavusoglu said Ankara believes Greece's new government under Prime Minister Kyriakos Mitsotakis will create favorable conditions to smooth out relations between the two countries.
He said he knows Mitsotakis personally and is "friends" with Foreign Minister Nikos Dendias. As a result, "a discussion of all the issues is possible."

He said that despite the disagreements over the Aegean and Cyprus the two countries developed ties in other fields, in spite of the "provocative" behavior of Greece's former defense minister, Panos Kammenos.

"I never met him, but according to [former foreign minister Nikos] Kotzias he was good but...