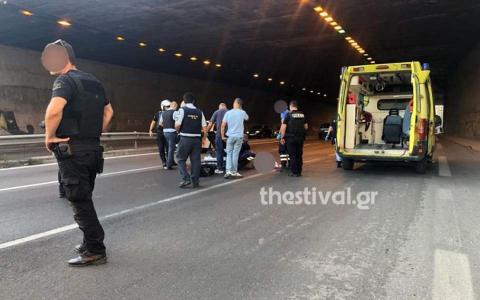 Greek police say a motorcyclist is being treated with non-life-threatening injuries after a man who suffered a fatal fall off a highway flyover hit his passing motorcycle, causing him to lose balance and crash.
The incident occurred late Monday at the eastern entry to the northern port city of Thessaloniki. Police said the man, believed to be in his 50s, who fell off the 18-foot bridge died instantly.
The 28-year-old Greek motorcyclist was taken to hospital in Thessaloniki.
It was not immediately clear what caused the fall, although police said they were examining the possibility of suicide. The dead man's identity was not immediately known.