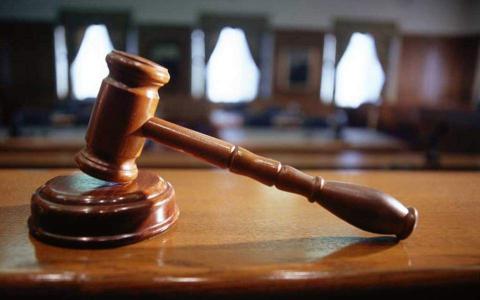 A court in Athens on Monday sentenced two former lawmakers of neo-Nazi Golden Dawn to four months in jail for firing a weapon without just cause at the funeral of a former junta general in 2013.

Ilias Panagiotaros and Konstantinos Barbarousis had attended the funeral of Nikos Dertilis, a member of the 1967-74 military dictatorship's top officials, who died in January 2013, aged 92.

Police officers who testified in the trial, said they heard shootings at the funeral and saw a group of about 20 people, among which the two accused.
The witnesses said the ballistic tests on the 15 bullet casings they collected at the scene proved they came from the suspects' weapons.
Their lawyer had called for their acquittal, arguing that their clients did not know their action was illegal because "shooting in the air is a custom in some regions of the country."
The two...