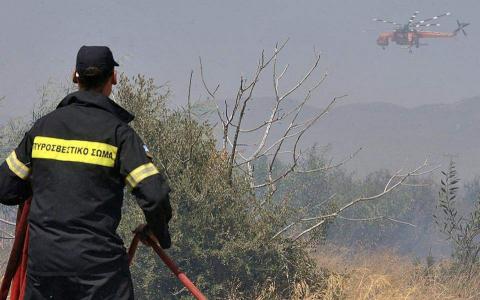 Greek authorities say they are reinforcing firefighting forces tackling a large forest fire on the western island of Zakynthos, where a tourist resort was evacuated.

The fire department said on Monday that more than 200 firefighters were battling the blaze in the south of the island, along with four water-dropping helicopters and two planes. Residents of one village, as well as around 120 tourists staying in a local resort, were evacuated Sunday, while the fire has burnt one house and damaged another.

Wildfires are common in Greece during the hot, dry summer months, and firefighters have had to tackle hundreds of forest and brushfires so far this summer. Last year, more than 100 people died when a fast-moving forest fire swept through the seaside settlement of Mati, northwest of Athens. [AP]