Labor unions to march for workers’ rights on Tuesday afternoon 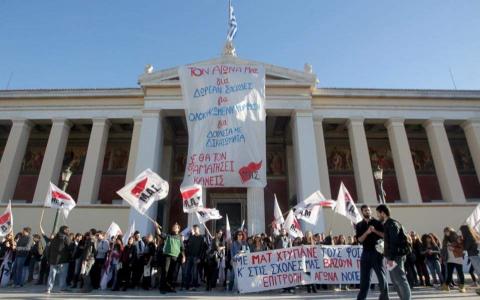 Several labor unions have joined forces to organize a rally in downtown Athens on Tuesday evening in protest at government policies they say undermine workers' rights.

The rally has been scheduled to start at 7 p.m. at the Propylaia on Panepistimou Street and then head of Parliament. It is expected to affect traffic and public transportation in the city center.