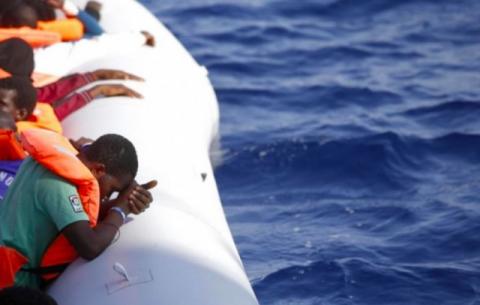 In August, 7712 refugees and migrants arrived on nine islands in the eastern Aegean Sea, which is more than July when 5008 people entered Greece by sea. This is the report of the UN High Commissioner for Refugees, BGNES reported.

In the first eight months of this year, a total of 25 590 refugees and migrants arrived in Greece by sea, with the majority (39 percent) coming from Afghanistan, 21 percent coming from Syria and more than half of them are women and children (women - 24%, children - 36%).

According to the same figures, the number of arrivals this year is 32 percent higher than in 2018.

"Like last year, over one-third of those arriving in 2019 are children. Of these, over 60% are under 12 years of age. In addition, 16% of the arriving children are unaccompanied or separated, mainly from Afghanistan, Syria and the Democratic Republic of the Congo. About 34 percent of those arriving are men between the ages of 18 and 39. Only three percent are 50 or older, " the UNHCR-Greece monthly report said.

The island of Lesbos remains the most affected by the refugee wave, with 11 222 migrants since the beginning of the year.