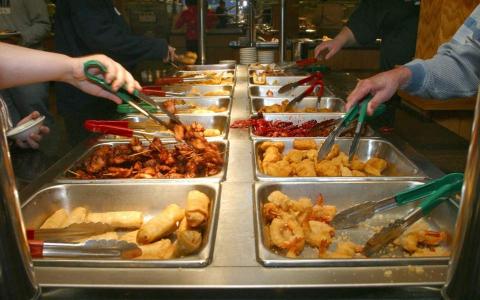 The Greek branch of the World Wide Fund for Nature (WWF) has launched an initiative in cooperation with Unilever Food Solutions aimed at curbing food waste at three hotels.
Starting in late May and ending this month at Grecotel Cape Sounio in Attica, Aquila Rithymna Beach Resort in Rethymno, Crete, and the Athens Marriott, WWF introduced a system whereby the hotels keep a detailed daily record of waste, both in terms of food quantities thrown out during the preparation process and after the buffets or restaurants close, as well as guests' leftovers.
"It was quite shocking when I realized how much waste we had. Almost all the guests only eat half of what they put on their plates and the rest ends up in the trash," says Sakis Tzanetos, the chef at Grecotel Cape Sounio.
"We want to make hotel staff more aware, to create a new culture and philosophy, but also to inform...