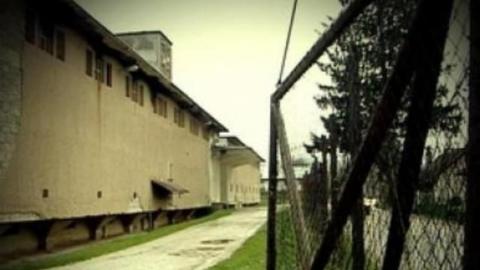 The retrial of Mustafa Djelilovic, Fadil Covic, Mirsad Sabic, Nezir Kazic, Becir Hujic, Halid Covic, Serif Mesanovic and Nermin Kalember opened at the Bosnian state court on Tuesday, with the defendants accused of crimes against civilians illegally detained at the Silos camp, the Krupa barracks and the 9th of May elementary school in the Hadzici municipality.

All eight men were found guilty in July 2018, after a six-year trial, of illegally detaining the civilians and holding them in poor conditions in the three detention centres.

The court found that some prisoners were beaten, humiliated and forced to do hard labour while detained.

But all the defendants were acquitted of crimes against prisoners of war, after the court found that all the people detained in the three detention centres were civilians.

Djelilovic, the president of the wartime presidency of the Hadzici municipality, was sentenced to ten years in prison, as was Kazic, who was the commander of the Bosnian Army's 9th Brigade.

The former commander of the local police station in Hadzici, Fadil Covic, and the warden of the Silos camp, Becir Hujic, were sentenced to eight years in prison.

Sabic, who the court said was the de facto commander of the Pazaric police station in Hadzici, and Halid Covic, the deputy warden at the Silos camp, were both sentenced to six years.

The state court's appeals chamber quashed the verdict in July this year after appeals from both defence and prosecution, and ordered a retrial.

At Tuesday's hearing, lawyers for some of the defendants raised questions about some of the prosecution's assertions and about witness testimonies...