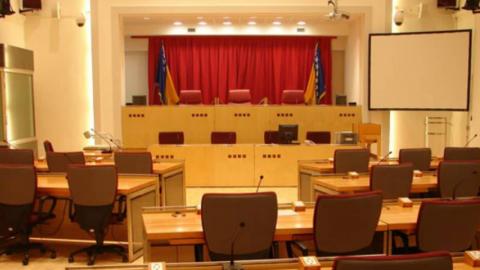 A lawyer representing a Bosnian rape victim told BIRN that the convicted defendants have voluntarily paid 30,000 Bosnian marks (about 15,400 euros) in compensation - the first time that perpetrators ordered to pay damages to victims of wartime sexual assault have actually done so.

In order to protect her client's identity, lawyer Nedzla Sehic declined to reveal the names of the defendants who paid the compensation.

Sehic said that the defendants' property was pledged as a guarantee that the money would be paid.

The Bosnian state court has handed down over two dozen verdicts for rape and sexual crimes during the war.

When handing down verdicts, judges have recently started to order convicts to pay damages to the victim, removing the necessity for the injured party to file separate proceedings for damages in a civil suit.

However, this is the first time that such compensation has actually been paid.

Sehic said that it was difficult to ensure that victims received the compensation payments ordered by the court, as in 95 per cent of the cases, the convicted perpetrators say they do not have the money or have already disposed of their assets.

There are no legal mechanisms to ensure the settlement of such debts.

"Only in cases in which property has been pledged and temporary measures prohibiting the disposal of the property imposed can we see the effects," Sehic said.

But now that courts have started ordering perpetrators to pay damages, "people are aware of that danger and they sell or gift their property in advance", she added.

She also suggested that background checks on the assets of perpetrators, who often insist that their financial status is poor, are inadequate.