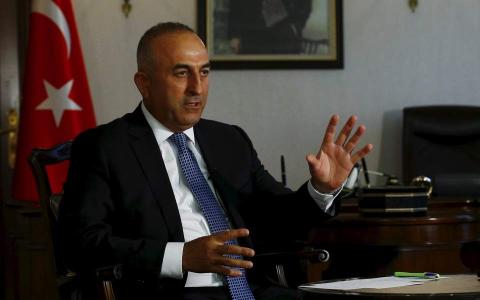 Our meeting with Turkish Foreign Minister Mevlut Cavusoglu took place at the Palm Beach Hotel in Famagusta on September 9, the day he entered the fenced-off town of Varosha with Turkish-Cypriot "Foreign Minister" Kudret Ozersay. It was the first time a Turkish official had entered the city since it was captured by the Turkish Army on August 14, 1974. We engaged in an extensive discussion about the Cyprus issue and Greek-Turkish relations.

With the new government in Greece, what is your opinion on the future of Greek-Turkish relations?
It is true that there are many disagreements on many issues, as was the case during the time of the previous government. And of course we experienced a disappointment on the Cyprus issue. Despite the difficulties, in the previous period we managed our bilateral relations as best as possible.

Cyprus gets tough on economic migrants