Editorial: The dangers of an oil war 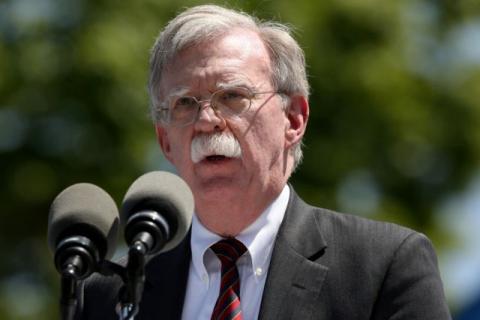 It is common knowledge that our world is becoming ever more unpredictable and insecure.

An unexpected attack in a regional clash is enough to spark global tumult.

An attack by a drone that likely was armed with missiles at a Saudi Arabian oil facility created a new hot spot in our region and caused jitters in the global energy market.Until now, relentless clashes in Yemen despite thousands of victims raised little concern in the international community.

Yet, the attack in Saudi Arabia highlighted the dangers that can be created by a relatively small group of guerrillas and possible collaborators.

The oil market was rocked and war cries sounded as the US-Iran conflict flared up with mutual threats.

Let us not forget the attacks on tankers in the Persian Gulf a few weeks ago the culprits of which are still being sought.

John Bolton, an advocate of a US-Iran military clash may have been fired but no one can know what Donald Trump's stance will be from now on.

With the European economy in stagnation skyrocketing oil prices is the last thing one needs.

The same stands true for Greece which beyond the problems with Erdogan is trying to stand on its feet after a decade-long crisis.

With the Syrian front open and the migration crisis festering, with more unrest or much worse war in our region things can easily spin out of control.

Whether we like it or not in this interconnected world every country is affected by the international milieu and its vicissitudes.