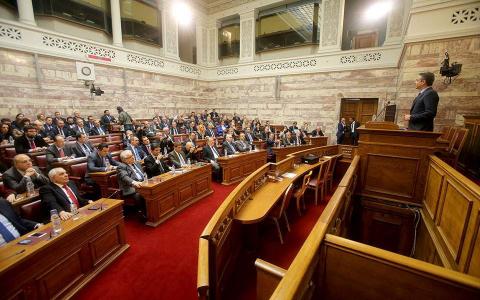 Greek Parliament is reportedly expected to propose the formation of a House committee to investigate the handling by former Justice Minister Dimitris Papangelopoulos of the alleged bribery scandal involving prominent politicians and the Novartis pharmaceutical company.

The committee will investigate accusations that officials of the previous government, including Papangelopoulos, intervened in the judicial inquiry into the alleged bribery scandal in order to incriminate their political rivals.

"Our stance on the issue is institutional, democratic and responsible," said sources from ruling New Democracy.

The case file was sent by the Supreme Court's prosecutor's office to Parliament on Monday and will be opened on Wednesday.

At the same time, it also emerged on Tuesday that there will be no probe into the role of former prime minister Alexis Tsipras, who...