More than a year after Mati, only 10 demolitions 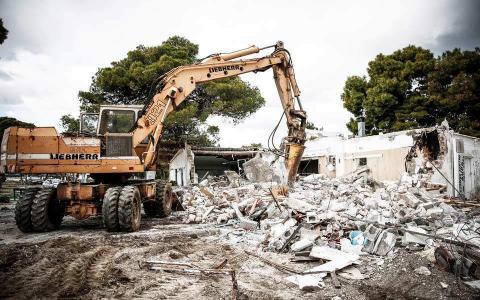 More than a year after a disastrous wildfire ravaged the coastal settlement of Mati in eastern Attica, killing more than 100 people, only 10 of the illegally built properties in the area have been demolished.

The Environment Ministry's program of demolitions for a 35-kilometer stretch of the Athens-Sounio coastal road was completed on Monday with the razing of a structure on forestland in the area of Tratolimano near Sounio.

The previous government had vowed to raze illegal structures along Attica's coastline and beyond, blaming the spread of the wildfires last year largely on the unchecked construction in the area.
However, due to a combination of bureaucracy and practical problems encountered in the process, only 10 such buildings have been knocked down.
The authorities had sought to accelerate the process by having the ministry oversee the demolitions,...