Putin, Erdogan and Rouhani Discussed the Future of Syria 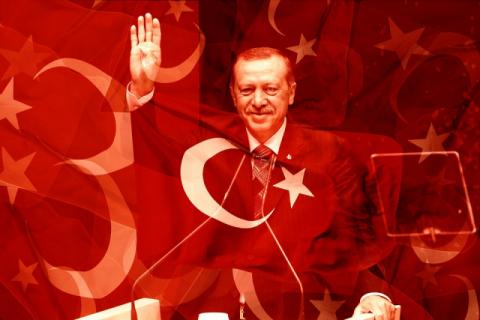 The presidents of Turkey, Russia and Iran gathered in Ankara yesterday to discuss the future of Syria. The Erdogan-Putin-Rouhani meeting is being held for the fifth time and aims to discuss peacekeeping measures in the Middle East. The leaders also held bilateral meetings to discuss their future economic cooperation.

Recep Tayyip Erdogan, Vladimir Putin and Hassan Rouhani are meeting for the fifth time in the Astana format in search of a solution to the Syrian crisis. The leaders of Turkey, Russia and Iran agreed on the idea of ​​preserving the territorial integrity of Syria and stressed that a political solution to the situation would be sought.

The main topic was the future of Idlib Province, the last rebel bastion. After a 4-month offensive by Bashar Assad's government forces, a ceasefire agreement came into force in the province. However, it was repeatedly disrupted and in Idlib alone, nearly 10 civilians were killed last week.

Vladimir Putin, President of Russia: The situation in Idlib province remains very worrying. We understand how important it is for both Syria and its neighbouring countries to stand up for their territorial integrity. This also entitles Syria's most directly affected neighbours to take all necessary measures. I believe that as a result of our joint efforts, violence in the country has decreased.

Putin, Rohani and Erdogan are adamant that joint hostilities east of the Euphrates River will continue.

Recep Tayyip Erdogan, President of Turkey: We will not stop until all the rebel groups have been eliminated.

The three leaders also discussed the threat of a new migrant wave. Currently, over 3.6 million refugees have already sought asylum in...

Top diplomat calls for solidarity with Africa amid pandemic