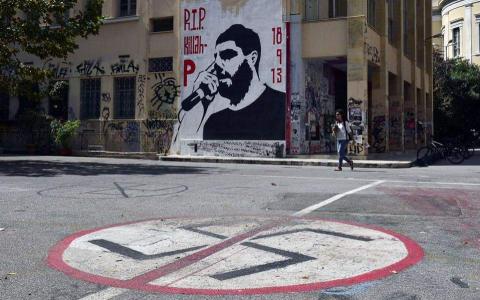 Thousands of anti-fascist demonstrators were on Wednesday expected to gather in the Piraeus suburb of Keratsini to march on the offices of Golden Dawn party to commemorate the death of rapper Pavlos Fyssas, who was murdered by self-professed GD member Giorgos Roupakias six years ago.
Similar rallies were planned in Thessaloniki, Volos, Patra, Trikala and Kalamatas.
The neo-fascist party is in the final stretch of a trial in which its leadership and high-ranking officials are accused of forming a criminal organization that orchestrated a number of savage attacks against political opponents and migrants, as well as the September 2013 killing of Fyssas in Keratsini.