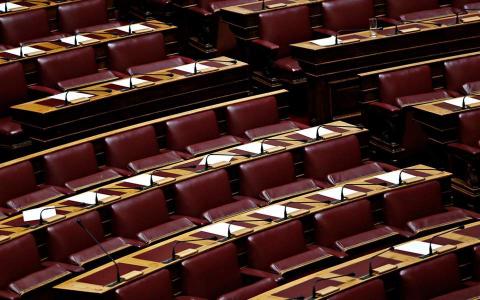 The Supreme Court prosecutor's office has proposed an investigation into the possible mishandling of the alleged Novartis bribery case by former alternate justice minister Dimitris Papangelopoulos with the knowledge of ex prime minister Alexis Tsipras.
The case file was opened in Parliament on Wednesday after it was sent by the prosecutor's office on Monday.
However, the parliamentary majority is not expected to propose the inclusion of Tsipras in the inquiry as conservative Prime Minister Kyriakos Mitsotakis has stated that he does not want to put his political rivals on trial.
"I do not send my political opponents to court. Prime ministers are judged at the ballot box, by people's consciences and in the pages of history," Mitsotakis has said on the matter.